Today i will discuss about the particular issue which i faced in Tableau. When click on symbol map in show me tab. The map did not come up in work space Area and moreover i was getting one message at the right bottom 57 uknown. See the below image  for the same.

Before i explain how i corrected this , I would like to tell you about the source data. So , I am using population data of India (Random Numbers) which has fields (city name, state, population). I will share the population data through GitHub link.

In tableau, the default country is set as USA. In order to change the country so that symbol map should come up in work space, below are the steps to do the same.

Click on 57 known error ->Click on Edit location->change the country to India. See the below image for the same.

After doing the above changes, Still I can see 4 unknown , that means Tableau still not able to identify four cities. Again , Click on 4 unknown ->Edit Locations.

Here , I have captured another Image which says four cities as Unrecognized.

As you can clearly see Bengaluru doesn’t exists in Tableau DB, that’s why it is coming as Unrecognized.

In order to resolve this, You can update Bengaluru as Bangalore from Matching location dropdown list. 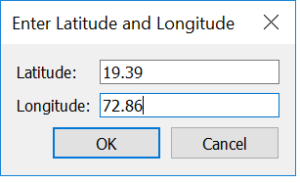 Click OK. Now, number of unknown reduced to 2. Likewise do for the remaining cities as well.

Below is the URL where I uploaded the population-data.xlsx.